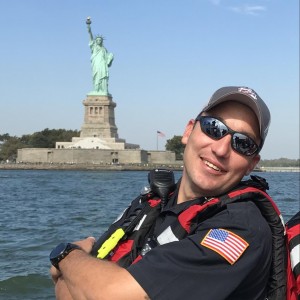 Tim began his public safety career when he joined the Allendale (NJ) Fire Dept. in 1999, before eventually transferring to the Mahwah (NJ) Fire Dept. At present, Tim serves as the Mahwah Dive Team Coordinator (since 2015) and the President of the NJ Regional Scuba Task Force.

In 2005, Tim discovered the joy of the underwater world and is now almost impossible to get above the surface. When Tim isn’t teaching divers, he can be found on a shipwreck somewhere off the coast of NJ or working as a commercial diver.

To date, Tim has logged approximately 2,800 dives and has the following certifications: