Whether its recreational diving or public safety diving, diving, in general, is expensive. Do you start with the top of the line stuff that may be too expensive and technical for your team to use? Do you go with the cheap set just to get your team started? What’s worth the coin and what is worth cutting a few bucks on? Train with the expensive instructor or just get the card and figure out the rest with the cheaper class?

No wonder team administrators suddenly wish they were just back on the line.

Let’s face it, the majority of gear and equipment in the diving world gets beat up. Between the diving environment, the operational tempo, and the fact that many public safety divers feel a hammer is an effective tool for ‘fixing’ any problem, and you get a recipe for constantly replacing expensive stuff.

So should a team buy cheap stuff that is easier to replace? Or buy more expensive gear that may last just a little longer in the field?

Well, when you need to replace something a few times a year, or every year because you went with the lesser of the two items, you’re ultimately spending that money twice. If you just got the better of the two, the slightly more pricey but purpose-built one it would have lasted longer.

Let’s look at an example.

As far as we are concerned, drysuits should be a standard part of any public safety dive team’s equipment list. After all, every dive should be considered contaminated water. A fairly decent drysuit can be sized and purchased for around $1,100, and that drysuit will definitely keep a diver dry during operations. Or, if your team operates almost entirely in temperate waters, why not a wetsuit?

A PSD specific drysuit, like the ones that NePSD staff members use on a regular basis during all our operations, can run a team as high as $3,200 each when properly equipped with kevlar reinforced wear points, inner dams, and reinforced thigh pockets for necessary gear.

Is the $3,200 drysuit really worth nearly three of the cheaper suits? We just established that the cheaper suit will keep a diver dry, so it would seem like the more prudent option is to equip three divers for the price of one. Right?

Well, when a diver is belly to the bottom, crawling along searching for a gun, how many sharp objects do you think they’ll encounter? How many pieces of broken glass or fishing lures do you suppose they’ll kneel on in a given operation? And after crawling through all that likely-polluted sediment, how well do you think the cheaper suit will decon? Drysuits are the diver’s first barrier to injury, exposure and contamination. That suit, along with the requisite other sealed barriers, could easily be the difference between needing to clean your gear after unfortunately swimming through sewage, and having to clean the sewage of yourself.

What about cheap dive training?

Again, full disclosure, NePSD is a training facility and we market public safety dive certifications. Our prices are in line with market prices, and those market prices are hardly what one would consider cheap.

So why should a team choose the ‘expensive’ training instead of the “sign and dive event price”?

There isn’t a whole lot of space needed for this one.

There is an irreconcilable difference between learning your trade from someone who has only experienced dive conditions that are ‘acceptable’ and learning it from someone who has spent their fair share of time in 40-degree water that has zero visibility looking for a body that has been down there for a month. Anyone who has been in that spot can tell you that the first time they went there was decidedly different than they expected.

Many things can go wrong on a live operation, and the situation itself can sometimes be the least of your concerns. The dive environment is almost guaranteed to be the worst possible conditions, and if you are properly equipped, you’ll be weighed down with primary air, secondary air, tools, detectors, cutting devices, harness, etc. The list goes on.

Good instructors will teach you how to properly accomplish your mission in the most efficient and effective way possible. Excellent instructors will make sure you can do that, while also being able to calmly respond to the sorts of problems that can claim your life.

The first may just want your money, but it’s a sure bet the second won’t let you have that card until they are certain you can manage the myriad of life-threatening issues that you will inevitably face.

That comes at a cost.

“Great. So how exactly do we afford this stuff?”

You may think that this article is written from our gold house with money falling from the sky, and we so wish it was. Unfortunately, it isn’t.

Some of the NePSD staff, myself and our founder Tim Andro included, had the fortune of inheriting a public safety dive team in the throes of its demise. After a very serious near-miss dive mishap, and the subsequent investigation, the team was nearly defunct and in serious need of some loving attention. Along with being defunct, the teams budget had been almost entirely dedicated elsewhere, and there was no hope of getting it back. Equipment was in unserviceable condition, maintenance hadn’t been performed in a long while, nearly everything leaked, and many divers had just stopped training.

Today, five years later, that team has been reborn into one of the leading teams in the NYC area, and was a key part of a brand new multi-agency task force.

Here’s what we learned.

Develop over the years

Go cheap where it makes sense

Approach your funding body with the correct terminology

Want to see a dive coordinator get really nervous? Send them in front of their governing body to ask for money.

When approaching the administration for keeping, adding, or creating a budget for a dive team there are some key ways to explain the purchase.

“Sir, as you know, our dive team provides dive rescue services for approximately 60 square miles. Last year we experienced 20 deployments, recovered four drowning victims and assisted our law enforcement partners in recovering critical evidence. Unfortunately, our personal protective equipmentis reaching the end of its service life and cannot be relied upon to keep our divers safe or in compliance with NFPA 1670.”

When telling an administration that items are needed, require service, or need to be updated to keep members safe they will have a much harder time knocking it down. The reality is Personal Protective Equipment is what keeps us safe and just about everything we use is considered PPE.

Let’s look at another example.

“I looked over your proposal and saw that the cost to service this equipment seems really high. Your budget for service is more than what we spend to service the police department’s equipment. I’m not sure I understand why this is so expensive.”

“I can certainly understand your confusion, as I would likely have thought the same thing. Unfortunately, our equipment has high service costs because it is considered life-support equipment. When our divers are subsurface, the gear they carry literally keeps them alive breath to breath, so the technicians who service the gear need to be specially trained and certified, with special tools, and all the gear needs to meet very strict specifications to guarantee that it will not fail during operation and potentially kill our divers.”

We all know that diving is an expensive hobby and a ridiculously expensive job. The amount of gear that fully-staffed dive teams have on hand means the value of the contents of their dive truck can easily exceed 10x the value of the vehicle itself. And all that gear exists for one reason: safety. Ignoring safety, or requiring that divers operate with unsafe equipment can lead to substantial liability and potentially tragic results.

When you come to the negotiating table, you need to make sure that you come armed with facts and documents backing your requests up. If you come with nothing you might get nothing. After all, you can say you need this or that but without a reason to back it up, it’s a hard sell. Along with the proper terminology and the proper mindset, your administration needs to consider the current standards.

Public safety diving now falls under the NFPA (specifically 1006 and 1670). These standards include equipment, training, and annual recertification requirements. And they are spelled out in very clear terms that leave little room for ‘interpretation’. So if you’re asked about the budget or to prove the budget on items that administration may not agree with or question, there is much more to consider when an operational standard spells it out.

The new NFPA standards provide for a good number of things, so let’s look at a quick piece.

“Select and use PPE, given a subsurface mission and personal protective and life-support equipment, so that rescuer is protected from temperature extremes and environmental hazards, correct buoyancy is maintained, AHJ protocols are complied with, swimming ability is maximized, routine and emergency communications are established between components of the team, self-rescue needs have been evaluated and provided for, predive safety checks have been conducted, and the diver returns to the surface with no less than the minimum specified reserve primary air supply pressure.”

Reading this part of the standard (which applies to the technician-level of dive rescue operations), we can pick out that the standard identifies personal protective equipment and life-support equipment as a basic provision, and that this PPE will protect the diver from temperature extremes and environmental hazards. While we suppose someone could make a case that a wetsuit fits the first requirement, only a drysuit can satisfy both requirements.

Further, the standard requires a primary (routine) and secondary (emergency) means of communication. For PSD’s, the primary would likely be integrated voice communications (which requires a full-face mask) and the secondary could be satisfied via rope line signals.

“The ability to use PPE, including full-face mask equipment and redundant air systems…”

Certainly spells it out, doesn’t it?

Dive Team Budgeting Will Always Be a Work In Progress

There’s no way around the fact that diving is impressively expensive and someone has to foot the bill in order to field public safety dive teams. Without funding, the team does not exist. Without the team, dive rescues and recoveries cannot happen. The public loses a valuable resource and divers don’t get to do the things that they do best, including saving lives.

We’ve covered just a few ways to tackle the budget issue that plagues nearly every dive team we’ve ever spoken to, and ways you can possibly approach a governing body for more or better funding. Don’t forget that perception is everything and your administration may not share your perception simply because they don’t know. Part of your role in the great budget game is to educate them into exactly why you need X number of dollars for Y reason, and why that reason will cost so much.

We cannot, in good conscience, recommend that the path of least resistance is to simply dive with substandard gear or poor training. The dive environment will kill experienced divers as fast as it will kill new divers, and when the brown stuff hits the spinning blades, you may only get a single breath to solve that problem or find another breath.

It will take time to build, but trust us, it is worth it. How to Rescue a Lost Ice Diver 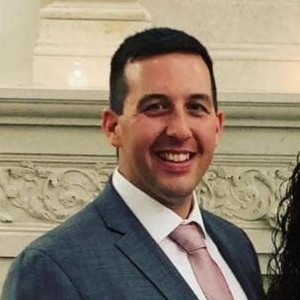 Eddie began his public safety career in 2008 when he joined the Mahwah (NJ) Fire Dept. as a member of Fire Rescue Co #1. Since then, Eddie continued to increase his training, eventually rising to Battalion Chief and Dive Coordinator. Eddie has been diving since 2011 and teaching with NePSD since 2015, currently as an ERDI Dive Supervisor.